Explore the ocean of Turkey with your fellow travelers 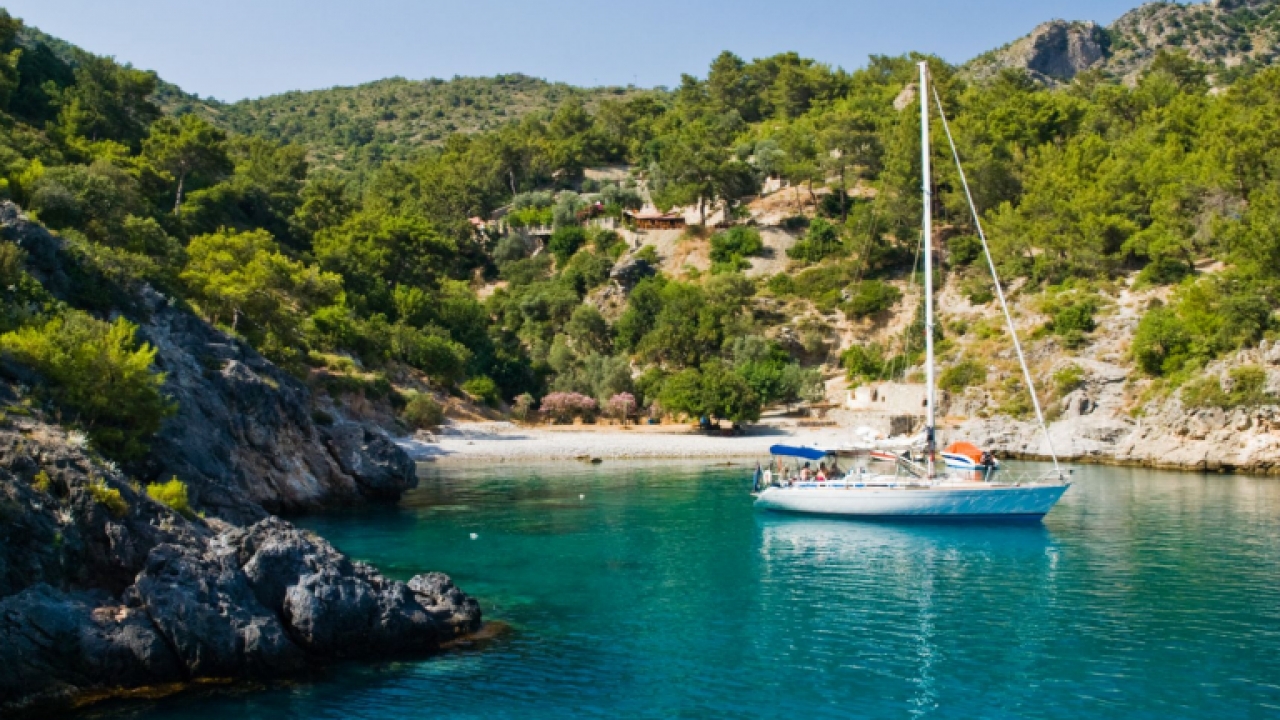 Turkey - Are you dreaming of a vacation under the open sky, where the water is azure and where you can lie on the sun deck and enjoy the sun. Then a boat holiday in Turkey might be just you. With wind in your hair and the sun on your face, you can enjoy Turkey from the seaside. There are lots of activities to do on a sailing holiday. Snorkel in the clear water, dock your boat in beautiful bays with white pristine sandy beaches. Here you have the opportunity to relax and enjoy life. 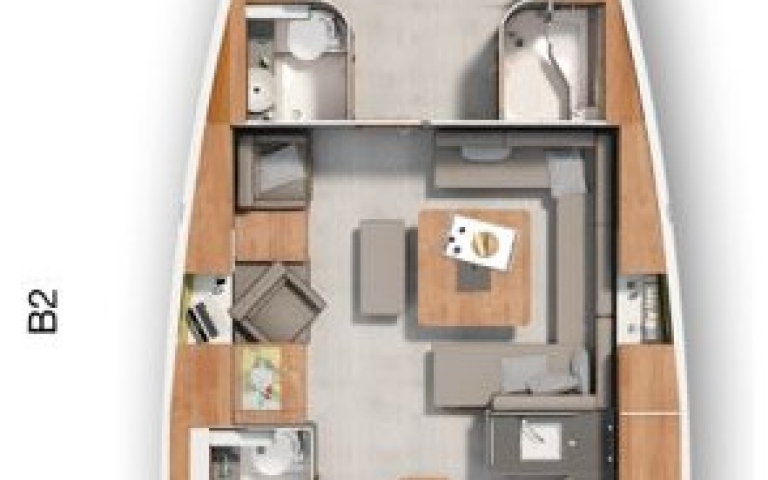 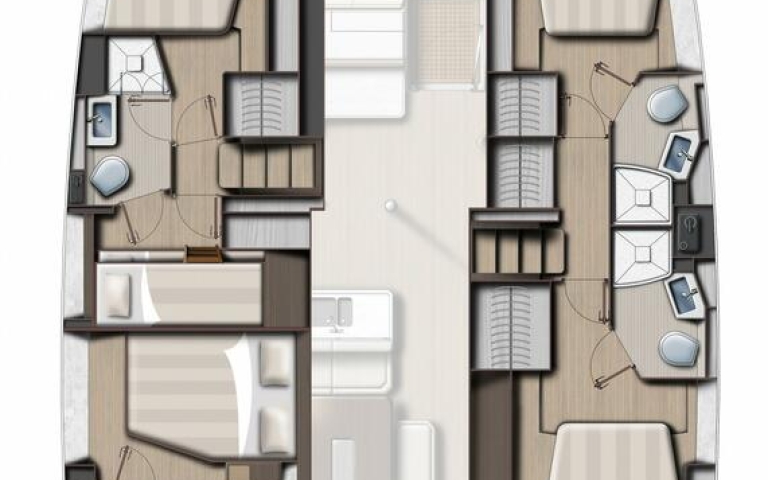 Experience the beautiful Turkish coast that stretches from the Gallipoli Peninsula in the north down to Antalya. Perhaps the most beautiful coastline along the Mediterranean stretches for more than 1000 km and is also called the “Turkish Riviera” and stretches from Fethiye in the west to Hatay near the Syrian border. Here you will find a large number of bays, fjords, breathtaking peninsulas and beautiful palm beaches. The islands, bays and long peninsulas create a unique and unspoilt sailing area - making Turkey a very special sailing area. And precisely because the area is not yet visited by the hordes of tourists you encounter elsewhere in the Mediterranean, which makes it a very special and unique experience for the whole family.

One of the popular ports to sail from is Bodrum . Bodrum is a port city in the province of Muğla, located on a peninsula in western Turkey bordering the Mediterranean Sea. The city is a famous tourist town and has a large marina. Bodrum consists of several small towns that together make up Bodrum. The first thing you see are the many whitewashed houses on the mountainside.

Further southwest is Marmaris , a port city and tourist town on the Mediterranean coast. Mamaris is located in Muğla Province. The area is especially popular for sailing and diving.

A little further south of Marmaris is Göcek . Göcek is a hidden paradise and is one of the most beautiful cities in the Aegean Sea, located in the province of Mugla, which consists of many islands and bays.

A sailing holiday at Marmaris, Göcek and Fethiye is therefore a fantastic sailing experience, where the attraction lies in the beauty of nature, the beaches, the quiet towns and the many impressive medieval ruins. Small intimate restaurants can be found at many anchorages, and here you can enjoy a cold drink and a delicious meal of local food. The warm and hospitable population helps to make yachting in Turkey a very charming experience. 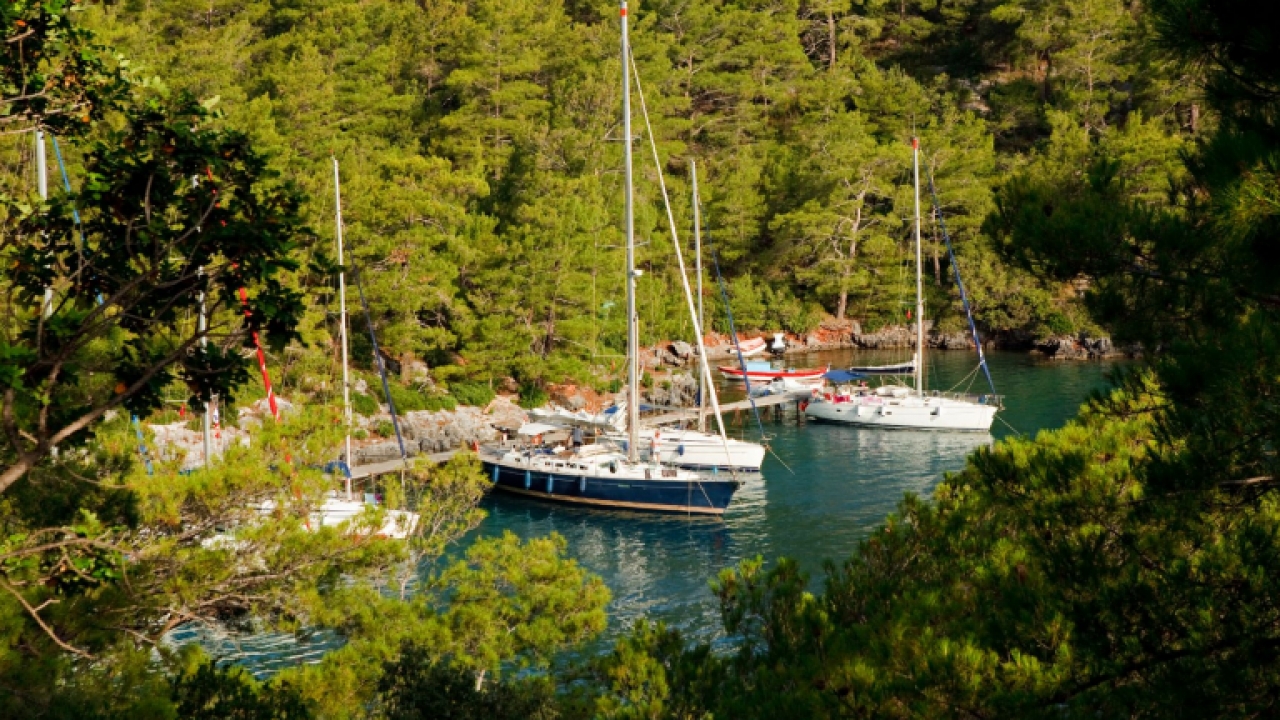 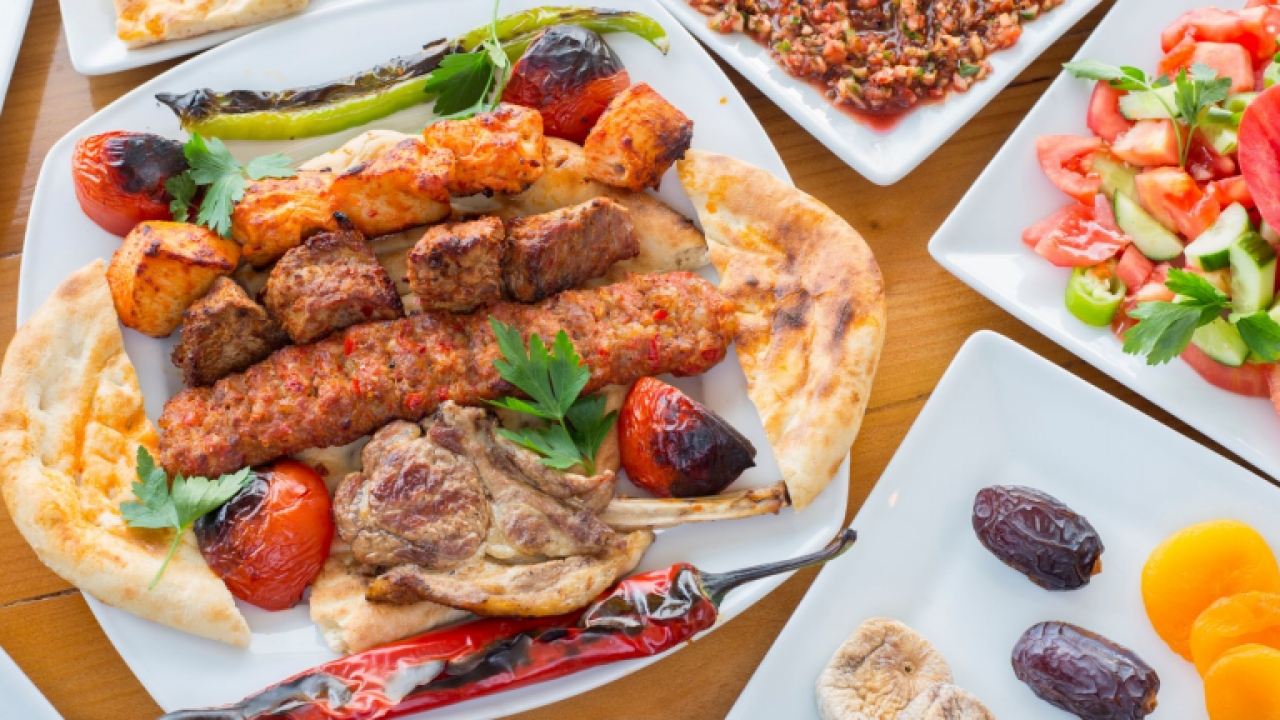 Turkey (Kitchen), Turkish cuisine has a rich food tradition based partly on Middle Eastern traditions in a broad sense and partly on the highly developed kitchen culture that was linked to the Ottoman court in Istanbul, which for centuries had the resources to experiment with a wealth of raw materials , spices and processing methods. Development continues in modern Turkey in connection with an extensive restaurant life, especially in the cities. The Turkish cuisine is also known as one of the top three in the world. The Turkish breakfast consists of bread, honey and jam, cheese, olives and tea.

For the main meal you get a soup for lunch and dinner. The main meal itself consists of chicken, meat, fish and vegetables. If served “raki”, “meze” is served, which consists of several different cold dishes. One should calculate good time – maybe even several hours for such a meal.

Breads and pastries are basic in Turkish cuisine Every neighborhood has their own bakery, which bakes bread twice a day. Vegetable dishes are prepared in butter with tomatoes, green pepper and onions. Dolmer is a stuffed vegetable. Rice dollars in olive oil are served cold. The meat dolmer is a main course and is therefore served warm. “Kebab” dates from the time of the nomads. The meat is grilled on thin skewers. Meatballs are prepared with onions and spices and these are either grilled, fried or cooked. Virtually all dishes contain yogurt; it is served either on the plate or as a sauce. When yogurt is mixed with water, it is called “ayran”.

The desserts can be divided into three groups; the sweet baklava, milk desserts and fruit desserts.

Alanya is fantastic and it is not without reason, it is a city full of contrasts, where old meets new and where Turkish culture is characterized by tourism. It is one of Turkey’s most beautiful tourist cities with a wealth of cultural monuments. And it is one of the most popular seaside resorts in Turkey. Two kilometers of beaches surround the town, and between them lies a medieval fortress on a cliff.
Antalya is called the vibrant capital of the Turkish Riviera. It is a glorious historic town with an old town that is more than 2000 years old. Here you get a perfect combination of sun and bathing and urban life and culture.

Bitez is a charming little seaside town that offers quiet and tranquil city life, breezy winds, beautiful beaches and small cozy streets. In this idyllic city, relaxation is paramount and all the elements are there for you to have a laid-back and comfortable holiday. The city’s promenade invites you for pleasant evening walks, and the holiday atmosphere is to take in and feel. 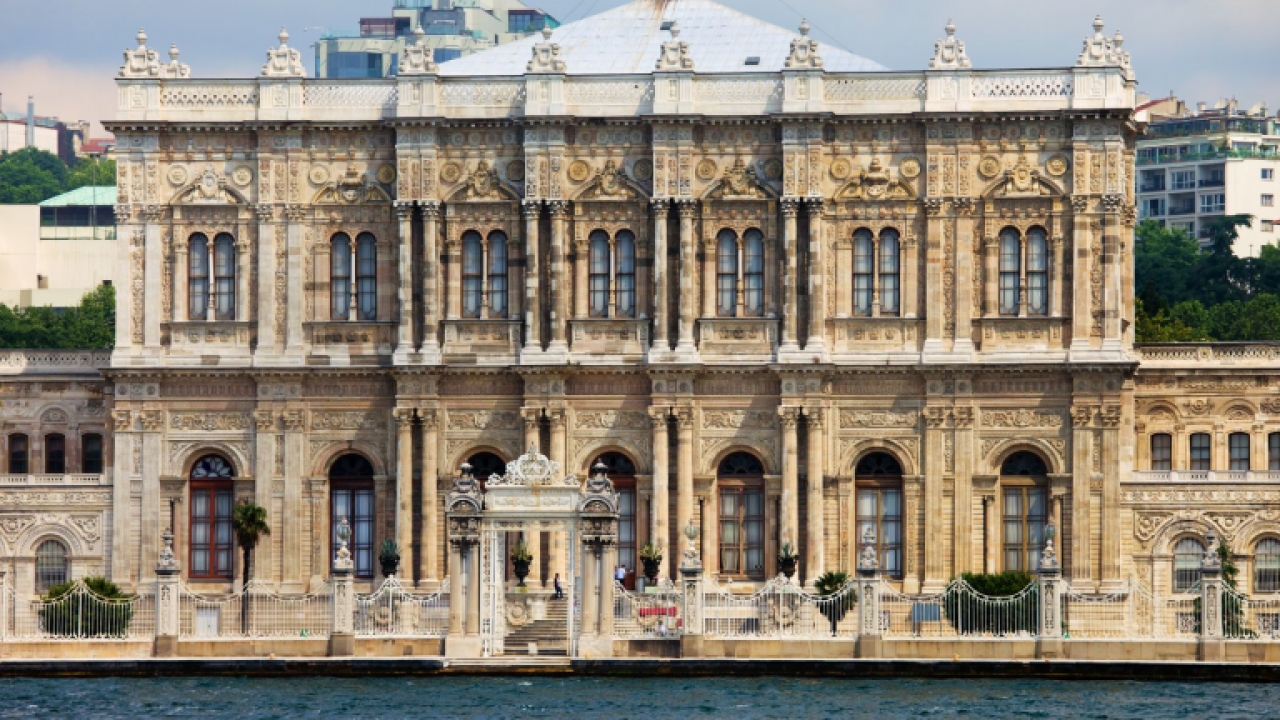 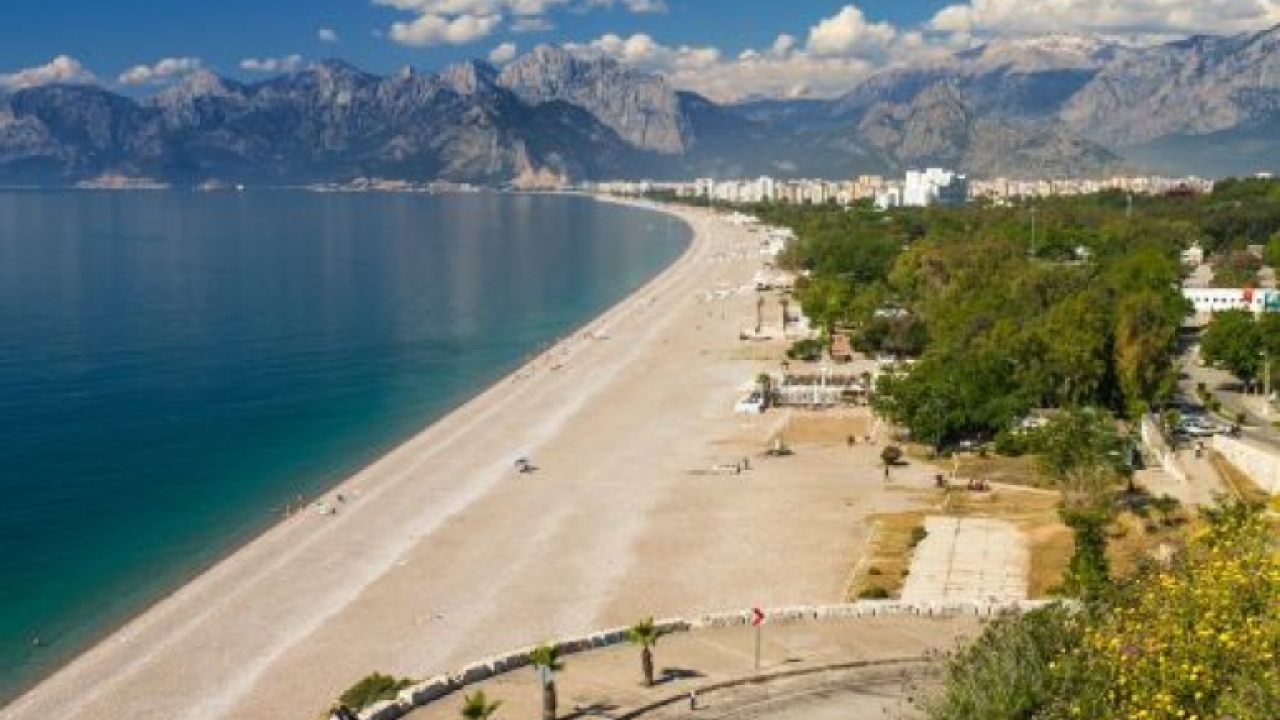 Turkey’s best beaches can be found along the Mediterranean coast in the south, but with some prominent exceptions on the west coast. Many of the beaches in Turkey are well-known and attract many tourists each year, but it can also be possible to find some quieter. These beaches are some of Turkey’s very best – but without ranking, for tastes and pleasures are, as you know, different. In Turkey there are beaches for all tastes.

Kaputas Beach is a smaller beach between Kas and Kalkan in the southwest, which lures in its beautiful location – three steep cliff walls frame the beach in a dramatic way. Here you will find coarse-grained, golden sand, clear water, sometimes with waves, and really good snorkelling opportunities just a short distance from the beach.

The Iztuzu beach near Dalyan is a 5 kilometers long, beautiful beach framed by matchless nature, and at the same time it is a reserve for unusual sea turtles that you, if you are lucky, can see. Here you can get by boat from Marmaris or Daylan, and the boat trip itself is also beautiful. It passes by mighty mountain tombs and a violent river delta, and on the beach, which is rather a narrow shore, meets fresh water from the rear of the beach with the salt water from the sea in front.

The coastline at Marmaris extends from central Marmaris to Icmeler, which is a distance of ten kilometers. Along this stretch there are several beautiful beaches with crystal clear water and the boardwalk is filled with good restaurants, cafes and bars. Behind the beaches, the green mountains rise and protect against gusts, and the water is lukewarm. There is a large and popular service offering with water sports such as water skiing, paragliding, scuba diving and more. The main beaches are Marmaris Urban Beach and Marmaris Long Beach (Uzunyali), as well as Icmeler’s main beach Icmeler Beach. 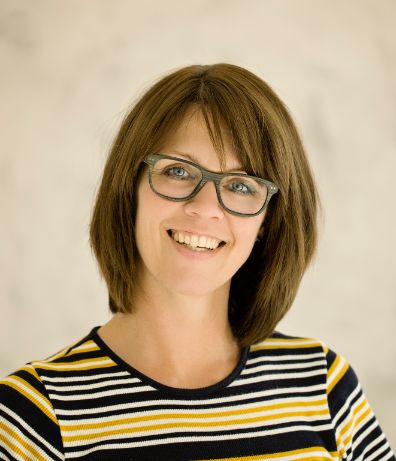 Cookies are necessary for some functions to work proberly.